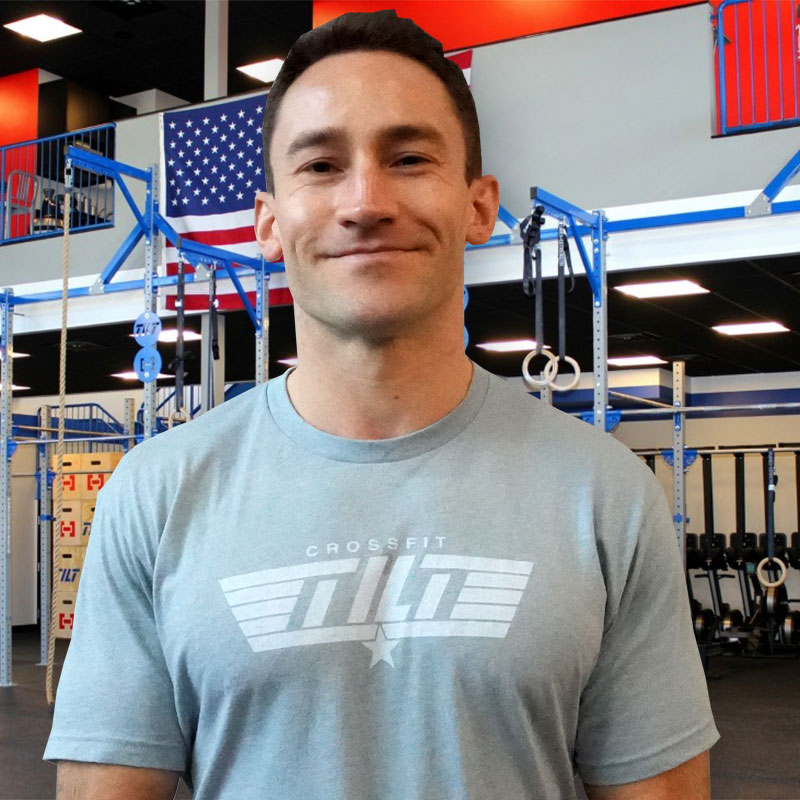 “The goal is just to get fit, make it the best hour of your day, stay safe, turn up the music, high hive some people, and blow off some steam. Remember that. Relax. Have fun. Workout.” – Pat Sherwood

Andrew Veneziano began his coaching career in 2014 as an assistant for the freshman hockey team at St. John’s Prep in Danvers. After serving in that role for three years, Andrew wanted to continue coaching but in a different capacity. He turned his sights to CrossFit, which he discovered in 2012 after hanging up his hockey skates having last played for the Boston College club hockey team.

Andrew earned his CrossFit Level 1 Trainer (CF-L1) certification in 2015 and began as an intern in 2019 at One Nation Fitness in Boston under the tutelage of several CrossFit Seminar Staff members. He was then promoted as a coach in 2020, and became a CrossFit Level 2 Trainer (CF-L2) that same year. Andrew served in that capacity at One Nation before joining the CrossFit TILT’s staff in September 2022.

Andrew has participated in competitive CrossFit, the highlight being part of an Rx team at Wodapalooza in 2020 with TILT Coach Kevin McCarthy and BEFORM’s Brittny Silke. While he enjoyed that aspect of CrossFit for a time, what makes Andrew happiest is taking class, throwing down with the TILT community, getting a little fitter each day, and having a fun time
working hard